Due to the popularity of this topic, we are updating this article from 2018 with additional information.

As a family physician and the founder of breast milk testing company Lactation Lab, my patients often ask me about the efficacy and safety of the supplements that claim to increase your milk supply. Do they really work?

If you’re struggling with milk supply issues, the first step is to evaluate simple factors including latch evaluation, oral examination of the infant, frequency of feeding or pumping and thoroughness of breast emptying. A lactation consultant, often available at your local hospital or breastfeeding support store, can be invaluable in identifying if there are underlying issues contributing to milk supply.

I always ask my patients if they’re drinking enough water. Consuming enough fluids is more important for milk supply than any supplement.

If those issues have been ruled out, then a “galactagogue” or “lactagogue” - which means a food or supplement that can increase a woman’s milk supply - can be considered. They should be used with caution, and mothers should be aware of potential side effects and minimal data as to their effectiveness. While there are only two common herbal supplements that are designated by the FDA as safe for increasing milk supply (fenugreek and fennel), there are several others that have produced success for some women, so here is an overview.

Lactation Lab offers individualized recommendations for nutritional supplements based on the test results of the nutritional make-up of a mother’s breast milk. 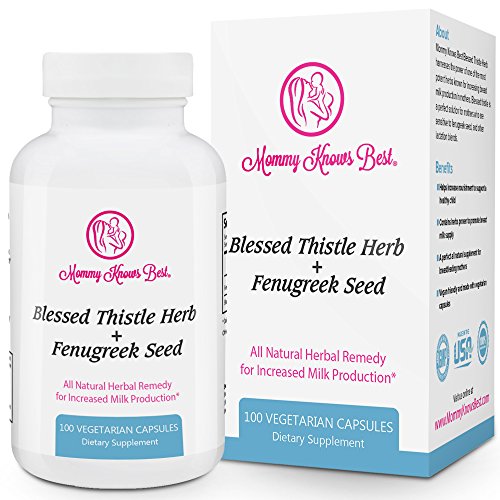 Fenugreek (Trigonella foenum-graecum L.) is a member of the pea family sometimes used in artificial maple flavoring. Fenugreek has been used for many years to promote wellness, increase milk supply and to help with urethritis (urethral inflammation) and arthritis (joint inflammation). It has been used for many years in Indian and Chinese cooking. A meta-analysis (which is a study that looks at all of the studies together to draw a conclusion) showed that it was superior to placebos and can help increase a woman’s milk supply.

There are many different forms: teas, capsules, liquid, seeds and powders. The recommended dose of fenugreek is 2-3 capsules (580-610 mg per capsule) 3-4 times per day, and it may be discontinued once milk supply has increased to the desired level. Many women have reported results within 24-72 hours. It’s not clear exactly how fenugreek works, but some have proposed that it increases sweating and the breast is essentially a large sweat gland. Others have proposed that it increases certain naturally occuring hormones that stimulate milk production.

The side effects of fenugreek have been poorly studied. However, some generalized side effects that have been reported include nausea, headaches, vomiting, increased gas and gastrointestinal motility with loose stools. Some women have reported increased breast congestion and a maple-like taste to breast milk.

It is important for mothers to be aware of side effects and to monitor themselves and their infants. They should discuss supplements that they are taking with their primary care providers and lactation consultants.

Bottom Line: Fenugreek is listed as generally recognized as safe (GRAS) by the FDA and as long as mothers are aware of the side effects, this is a good option to try to increase supply. Mothers with thyroid problems should consult their doctor before taking fenugreek as it can affect hormone levels.

Fennel (Foeniculum vulgare) is a licorice-flavored herb native to the Mediterranean and is best known for treating colic. Some anecdotal reports have found an increase in milk production. There is no consensus on the amount, formulation or frequency of consumption. It should be noted that fennel is also rich in vitamin C, potassium, manganese, copper, phosphorus and folate. It is also a great source of fiber and in moderation is a nutritious food to support a breastfeeding mother.

Bottom Line: Fennel is recognized as safe (GRAS) by the FDA and given the other health benefits of consuming it, this is a good option to try.

Palm Dates are one of the oldest galactagogues. Dates are low in fat and protein and rich in sugars. It is estimated that 100g of dates can provide upwards of 300 kcal and contain over 10 different essential minerals such as selenium, zinc, copper, potassium and magnesium. They contain B-complex vitamins, vitamin C and are high in fiber. Palm dates also have antioxidant properties. One study looked at 25 women who ate the flesh of 10 grade A palm dates 3 times a day and were found to have increased breast milk production. This was most noticeable in the first two-weeks postpartum. Breast milk volume almost doubled in the date-eating group as compared to the control group. Palm dates as supplements do not carry the GRAS rating by the FDA.

Bottom Line: Given the other benefits of palm dates, I don’t see a problem in trying them, despite the lack of firm evidence.

Coleus Amboinicus is a perennial succulent plant and has been used for centuries in Chinese cooking to treat a myriad of health conditions including chest pain, asthma, epilepsy, rashes and insomnia. It has also been suggested that Coleus species can increase a woman's’ milk supply. In my literature search, I could not find any evidence that was not anecdotal, and I could not find any recommendations of dosage, formulation and frequency.

Bottom Line: I would proceed with caution, try a small amount to begin with.

Blessed Thistle (Cnicus benedictus) is a Mediterranean weed also found in North America, which has been used for over 2000 years, mainly to stimulate appetite and aid in digestion. The chemical constituent of blessed thistle, cnicin, stimulates digestive enzymes and bile secretions. The herb is also theorized to stimulate blood flow to the mammary glands, thus enriching milk flow; however there are no studies documenting this. At levels of more than 5 grams per day, there have been case reports of increased risk of bleeding as it has been shown to possess platelet-activating properties. Caution must be used if concurrent antiplatelet medications are being taken.

Bottom Line: This is a common ingredient in many lactation teas and cookies and generally well tolerated. I would not use if you are taking any prescription medications such as proton pump inhibitors. 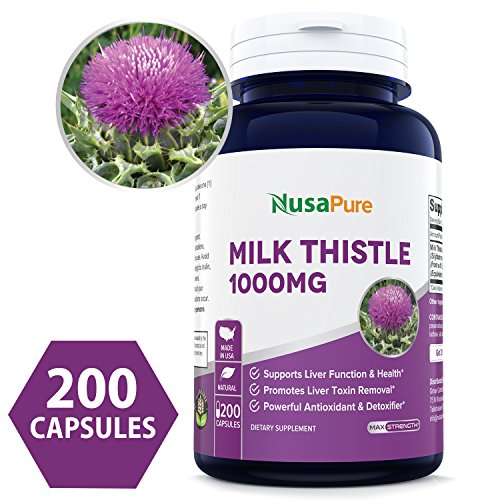 Milk Thistle (silymarin; Silybum marianum; St. Mary’s milk) has been used for over 2000 years to treat many ailments. One study in rats did report higher levels of prolactin which is a theory as to how it can increase milk production. Another study did not find a difference in women who took the average of 420 mg/day of milk thistle in volume of breast milk production. It is not rated as GRAS by the FDA.

Bottom Line: Many women have anecdotally reported benefits. I would recommend giving this a try. 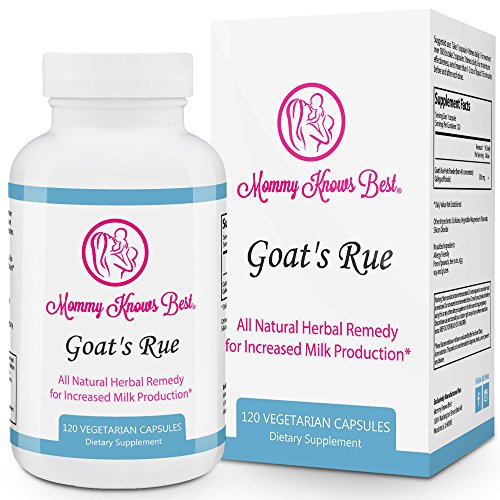 Goat’s Rue (Galega officinalis) is a plant native to the Middle East. It was often fed to animals as it was thought to increase their milk supply. There are no studies that looked at goat’s rue without the addition of fenugreek. There is anecdotal evidence to suggest that it can help. The mechanism by which it might work is not clear and caution should be used. It is not regarded as GRAS by the FDA.

Bottom Line: Goat’s rue is a common ingredient in lactation teas and generally well tolerated. I do not see any issues with trying this. 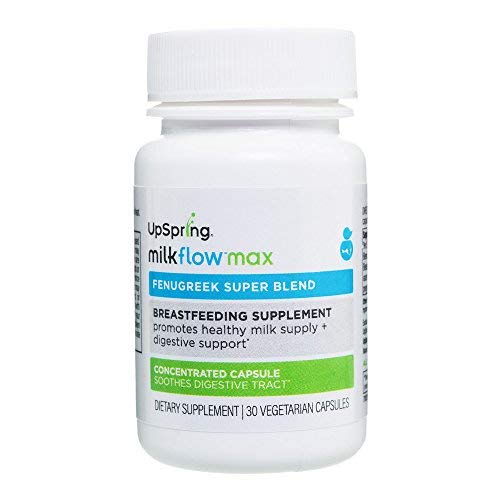 Shatavari (Asparagus racemosus) is asparagus, and over 300 species of asparagus can be found around the world. The roots and leaves of Asparagus plant (racemosus), also known as shatavari, are used as for immune support as well galactagogues. It is not clear how shatavari works to increase milk production.  It does not have a GRAS rating by the FDA.

Bottom Line: I would recommend trying to eat 1-2 serving of asparagus a week. There are many other benefits besides milk production!

In conclusion, fenugreek, and fennel are the only herbal supplements that are designated by the FDA as generally recognized as safe (GRAS).  Most commercially available products, including teas and capsules, contain a combination of fenugreek with various other herbal remedies. I recommend discussing all supplements with your healthcare provider and finding those that are best suited for you. For many, this is a combination of dietary changes and supplements.

HOW CAN I BE SURE TO PUMP ENOUGH MILK?

OVERCOMING THE STRESS OF BREASTFEEDING IN THE WORKPLACE

HOW MUCH PROTEIN DOES A BREASTFEEDING MOM NEED?